Woke up at my usual 5.30am ish, when I say ish I meen just before 5am, had coffee and then went to the stables and brought Skye in for the day, parked up at the North Wirral Coastal Park and walked across Wallasey and picked up the prom just the other side of New Brighton an walked back to the car along the coast, when I got back to the car I had my coffee and then went for a paddle in the sea and cooled off my feet, it was only 9.30am and the beach was getting busy all ready, went home and had some breakfast and chilled out for a couple of hours before going out to my workshop and spending some time cleaning and restoring the old carpentry tools, late afternoon we went back to the stables, mucked out and turn out Skye, came home and had some dinner and chilled out in front of the tv before getting an early night

Up and about very early this morning after a restless nighs sleep, had coffee and then went out for a nice walk to the stables and brought Skye in for the day, after I walked back to the car I headed up to my mums and had a coffee with my brothers and Redd, who’s my nephew, tod we where taking down my dad’s workshop and car port, we started with sorting out all of the scrap metal, to big plastic parts totes filled full of old bolts, nuts and screws, it was a shame to throw out some of the stuff, but most of it was worthless apart from there weight in scrap, next we took down the workshop, dad was going to rebuild it this year due to leaks and rotten wood, so it had to go, along with the car port, one less thing for mum to worry about 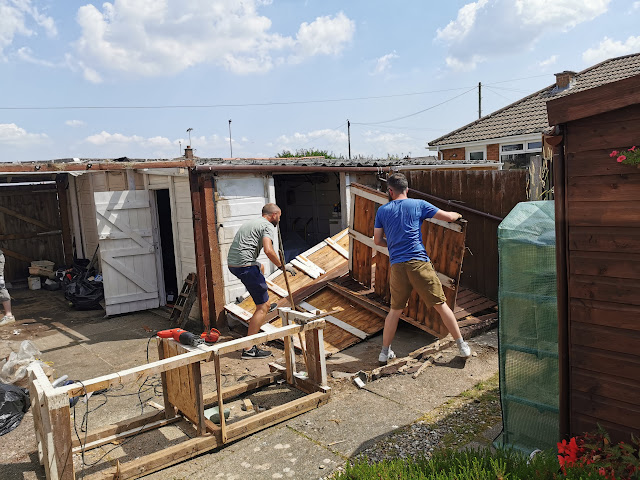 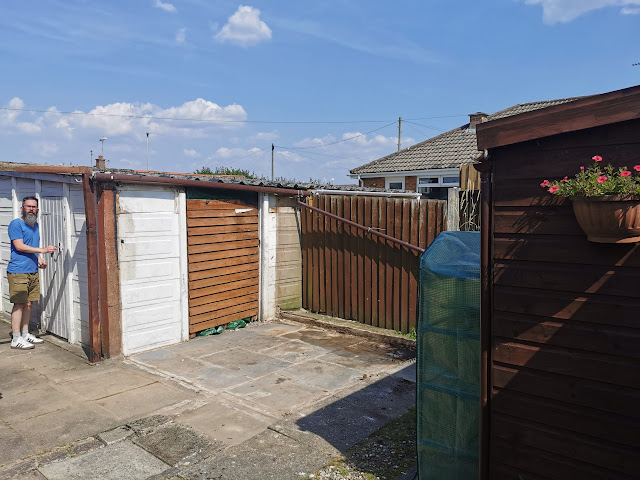 Went to the tip on the way home and dumped some other stuff and some waist oil, once home I chilled out with a nice cold beer before we had some dinner, after we had dinner and tidied up we chilled out in front of the tv till it was time to go to bed, which was early for me, I feel like I’ve been hit by a train

Woke to another lovely sunny morning with just a touch of cloud to kill the heat, had coffee and then had my usual walk to the stables and brought Skye in for the day, work was very busy again and I got everything I needed to do for the lads and my couple of days off, finished on time and when I got we had some dinner and I then got an early night, we have a busy day planned for tomorrow at my mum’s, it’s going to be the hottest day so far this year, and emotionally a tough one to

Up and about early this morning after a sort of a good night’s sleep, it was warm and I think I was restless, had coffee and then got ready for work, had a lovely walk along the prom to the stables, tide was in an people where enjoying the water at 7am 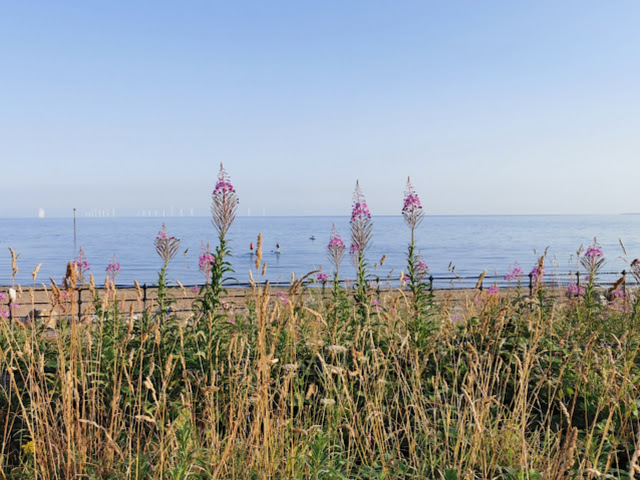 Brought Skye in for the day and then walked back to the car, it was really starting to get hot, work was busy and made busier by my being off work at the end of the week and wanting to make sure all the paperwork was in place, finished on time and on the way home I bought the battery jump pack from work and called into mums and jump started and moved dad’s cars ready for the skip and workshop tear down on Thursday 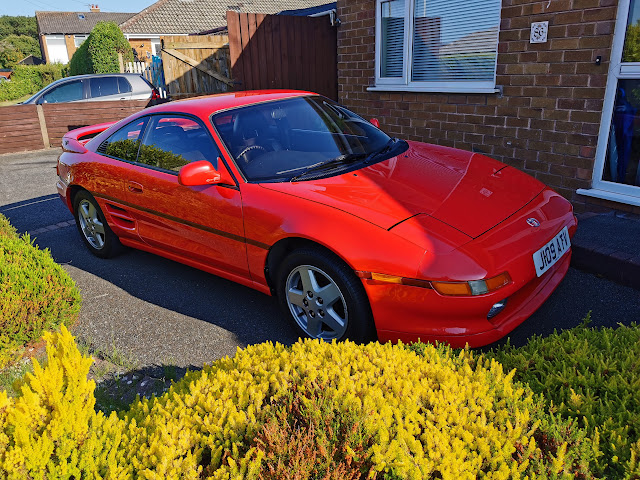 I then went to the stables and turned Skye out for the night, when I got home Cameron and I decided to use the jump pack and get the Toyota Starlet running, not ran or moved in over 12 months, started first go and with a clunk the brakes where free, then the oil filter burst, rusted through lol, puked oil all over the driveway, after a bit of a clean up and a shower I had some dinner and then chilled out in front of the tv before getting an early night

Had a very warm and restless night’s sleep, up and about early and had coffee before getting ready for work, only had a short walk this morning it was getting hot at 7am this morning, when we got to the stables, we found out that a couple of the horses had escaped and helped themselves to feed and hay all around the stable block, buggers even drank Skye’s water, obviously thirsty work getting up to mischief, tidied up and refilled the water before bringing Skye in for the day, had a warm walk back to car and then headed off to work, had a very busy day at the garage and thankfully we have AC in the office, we are just not used to heat like this in the uk, finished on time and when I got home I had a nice ice cold beer waiting for me, had dinner and chilled out before getting an early night

Up and about very early this morning, like 4.30am early 😕 had coffee and then got ready for work, had a nice walk to the stables and brought Skye in for the day, very busy day in work, had a bit of running around to do and we have a full team back in the workshop next week so double the paperwork in preparation for Monday, finished on time and when I got we had some dinner and then chilled out in front of the tv till it was time to go to bed, which was a bit late for me due to falling asleep in the armchair again

Up and about at my usual time of 5.30am had coffee and left the house a little later than usual, brought Skye in for the day and then went for a nice 4.5 mile walk, I was going to mums this morning to meet the scrap man who was collecting the gearboxes, so I didn’t need to rush, when I got to my mums, Barry the scrap collecter arrived on time and both of us old buggers with bad backs managed to load everything into the van in no time at all, I then headed off to work and had a very busy at the garage, finished on time and when I got home Lynne had a nice dinner ready for us all, after we had eaten and tidied up I chilled out in front of the tv till with the kitten asleep on my knee, by 9.30pm I was tucked up in bed, it’s been a long day