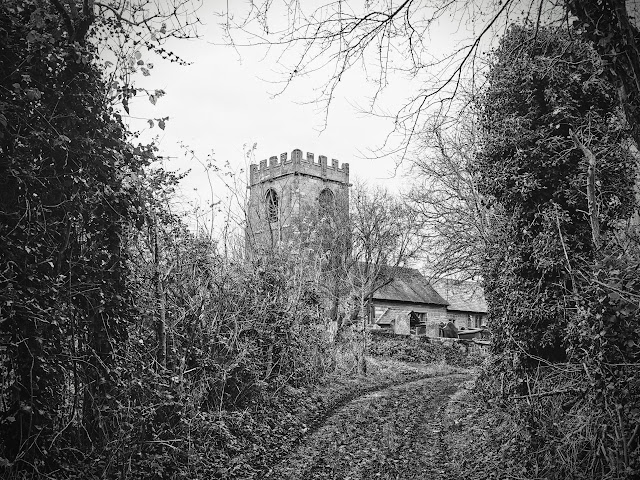 For many centuries there was constant coming and going, as travellers of all kinds came to cross the Dee by the ford or ferry, and so pass into Wales, or later to take ship to cross to Ireland or further afield. Gradually this traffic ceased as the Dee silted up, and with the diversion of the river in 1725, the village became an isolated farming community, although the ford was still used until 1796.

It is not known when people first began to settle at this spot, although it is likely that even in prehistoric times, the ford was part of a route followed by men going into North Wales in search of the flints they were unable to find in Cheshire. Some historians believe that the ‘wick’ refers to the creek which afforded anchorage for small craft, and proves Viking penetration, whilst others argue that the name derives from the small salt workings which were still there when Leland wrote his itinerary, in 1539, but have completely disappeared. However this might be, the first recorded mention is in the Domesday Book where 9 taxable families are listed, quite a prosperous little community. Also recorded was the fishery which was to remain an important industry throughout the Middle Ages. 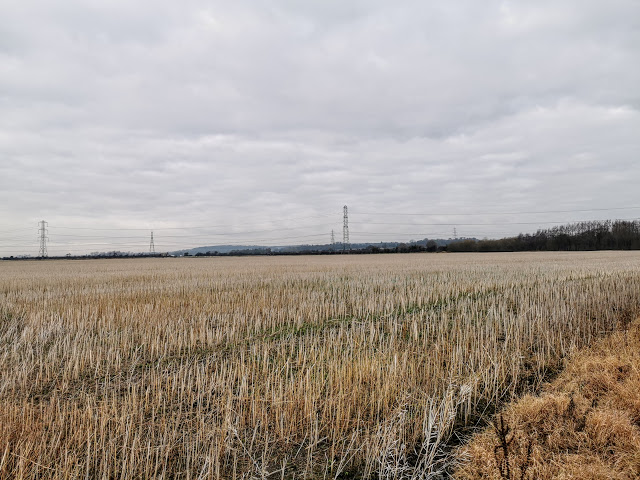 Traders were probably crossing the ford at Shotwick carrying salt from Cheshire into North Wales long before the Normans came, salt having been produced in Britain in Roman times and probably earlier. Certainly by the Middle Ages, a ‘Saltesway’ was well established, being a trading route from the 3 Cheshire ‘wiches’ into Wales. The latter part of this road became known as the King’s way. “The Kynge’s highway near Chester for our lord the Kynge to leide his hoost in the time of warre unto Shotwyk ford”.

So the trading route became a military highway. Henry III passed through Shotwick in 1245 leading a great army across the ford into Wales and again Edward I in 1278 and 1284. Cheshire was important as a major launching point for operations against the Welsh. These became so much a way of life that the experienced men of Cheshire were constantly called upon to strengthen the royal armies on their way into Wales, to Ireland, Scotland or even France. In the Cheshire records are details of the uniform supplied to these archers in the mid 14th century. There is positive evidence of their activities at Shotwick.

The 17th Century brought great changes to the village. In 1641 the plague raged at Shotwick for more than 4 months, and many dead were buried in the churchyard. During the Civil War there was some skirmishing, and stones from the churchyard walls were used to barricade the church doors. Whether as a result of these two events or as part of the general domestic rebuilding that was going on throughout the country, it was during the 17th Century that most of the houses in the village were rebuilt. The old fortified manor was pulled down, and a new one, which still stands and is now called Shotwick Hall, was built by Joseph Hockenhull in 1662.

Shotwick Hall, together with the church, all the other 17th Century houses and some of the farm buildings which form the village group, is now subject to a preservation order. The Vicarage, now in private hands, is included. It was acquired by the church in 1765, being bought with Queen Anne’s Bounty. The cellars date from the 16th Century, and are said to have been used by smugglers. The remainder of the house, apart from the South wing which was added later, is 18th Century.

At the time of the Norman Conquest the manor of Shotwick belonged to the secular canons of St. Werburgh, and the Shotwick family were subordinate lords under the Abbots of Chester. During the reign of Edward I the manor came, by marriage, into the possession of the Hockenhulls of Huxley, Duddon and Tarvin. In 1715 the family made Shotwick their home until the mid 18th Century when the estate was mortgaged and sold. Joseph Hockenhull died in 1679 and is buried in the sanctuary of the church. Mr. Samuel Bennett purchased the estate and bequeathed it in 1763 to John Nevitt of Great Saughall who then assumed the name of Bennett.

The story of Shotwick began with a road, the ancient ‘Saltesway’, part of which ran from Shotwick Castle along to the village and on towards Puddington and thence to Neston. In 1671 and 1675 there were complaints that the effects of salt and fresh water beating on the bridge and causeway of Shotwick had caused “the great road leading from Chester to Neston” to become impassable. 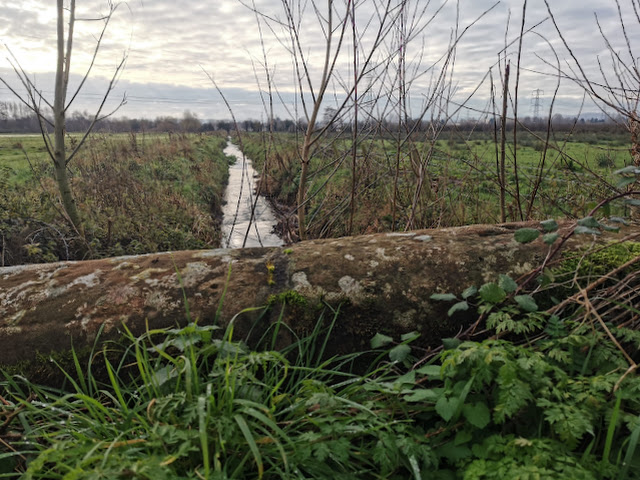 The bridge still exists, and parts of the old road have been uncovered and can be seen alongside the wall on the north side of the churchyard. It continued past the Vicarage and on past Shotwick Hall. The salt water referred to was the water of the estuary which washed the banks on which Shotwick stands. The fresh water exists now only as the little brook which until the time of the reclamation of the “Sea-land” was a tidal creek.

Throughout the 18th Century the ford was in continual use, the last recorded crossing being in 1796, and a hazardous venture it must have been at this time by all accounts, with the sands shifting so much that new routes had to be followed constantly between heaps of sand and the deep holes. By the end of the 18th Century the approach to Shotwick from Chester was down the present lane, leading from the Chester-Parkgate turnpike road which was opened in 1789. The turnpike Toll-Bar is shown on the 1843 Tithe map between the Yacht Inn and Woodbank Lane but all trace of it has disappeared. Prior to the opening of the turnpike road, a six-horsed coach had run from Woodside, Birkenhead, to Chester and Parkgate three days a week. By the end of the century, what had once been a winding track through the forest of Wirral, then a rough roadway, became at last a main highway that linked the parish of Shotwick with Chester and the Birkenhead ferry.

A later road to Queensferry, built in the 1830’s, was destined to cut the parish in half with Woodbank on one side of the road and the church and village on the other. The old Shotwick parish was later divided into three, the mother parish and the two daughter parishes of Capenhurst, established in the mid 19th Century, and Great Saughall, which came into being at the end of the 19th Century.

Hugh Lupus, 1st Earl of Chester, had a castle constructed at Shotwick about 1093. It was sited atop a promontory that had steep-sided river banks formed from two watercourses that flowed – at this point – into the River Dee. The castle had an earthen hexagonal motte with an outer bailey. It also had two large defensive ditches (25 metres (82 ft) wide and 3 metres (9.8 ft) deep) that became flooded at high tide. The castle’s main purpose was to control movements across a tidal ford that once existed at this point on the original course of the river. (In the 18th century the River Dee was diverted to the south along a man-made canalised section.)

The Earls of Chester, such as Ranulf de Blondeville, had paid for the upkeep of the defences during the 12th and early 13th centuries. Both Henry II and Henry III stayed at the castle during their campaigns against the Welsh. In 1237 Shotwick was one of several castles belonging to the Earldom of Chester that were acquired by The Crown following the death of John, 7th Earl of Chester. As the Anglo-Scottish magnate died childless, his sisters were obliged to cede some of his estates and properties to Henry III.

In September 1284 Edward I visited the Royal Castle on his way to Flint Castle from Chester Castle following the conclusion of the second Welsh campaign. However, with the end of military action in Wales, the castle lost its strategic importance. By 1327, the land around Shotwick was emparked as a royal deer park for Edward III who used the castle as a hunting lodge. Some parts of the outer bailey and ditches were redeveloped as landscaped gardens and ponds. When the Black Prince visited in 1353 it was not even garrisoned and was being referred to as a manor not a castle. The last major repairs were documented in 1371. The area’s landscaping was a rough contemporary to Bodiam Castle, East Sussex, which was completed in 1384.

Shotwick Castle was in ruins by the 17th century in what had become Shotwick Park.

hello and welcome, We live on the Wirral Peninsula, Merseyside, in the United Kingdom, My wife Lynne and I have been together now for over 22 years and we have two Kids Cameron and Heather, I work in the motor trade and worked for the same company Windsors Of Wallasey, since I left school at 16 years old, Early February 2017 I left my current employer and went to as Liverpool Seat, , a big step after 27 years. November 2018 I took a job at Eastham Motors, which is a small family run business I love taking photographs so images will be linked from my Flickr account and Instagram account, Nearly all of the photographs are taken on my mobile phone camera lol its always with me and they are all for sale and are available in a number of different formats, please drop me a message for any more info nirving73@gmail.com I also spend as much time as I can reading and listening to music and enjoy many different genres, other hobbies include wine making, walking, and looking after our chickens, We spent a good part of 2012 with our horse (Kelly) who we rescued in January and we learned so much and very quickly about horses, we had to work so hard with her and as time as went by we made a really great horse out of her, in June 2012 we got are puppy Ruby, April 2013 we sold Kelly on and we bought Jack are 4 year old cob cross in May 2013, in August 2013 we rescued Skye a 6 year old coloured cob who was completely un-handled and has been a pleasure to work with, sadly in March 2015 we had to sell Jack, no matter how hard we tried we could not stop him from kicking and we had all been injured by him and we have to think about the kids
View all posts by neilirving →
This entry was posted in Every Day Stuff and tagged 27.11.20, brought in, cantering, church, delivered, Green Lane, Heather, history, horse, horse riding, Jumping, mucked out, North Wales, parts, photos, Roman Bridge work, school, shotwick Castle, shotwick village, skye, St Michael's Church, time lapse, village, vlog, wales, walk, wirral. Bookmark the permalink.