The Grave Stones At Overchurch

I’m going to update and repost this blog post from years ago about The grave stones and old church site at Overchurch, Upton, Wirral some of the grave stones date back hundreds of years on a site which possibly a henge or stone circle

Ruby on one of the possible standing stones, now broken and laying down 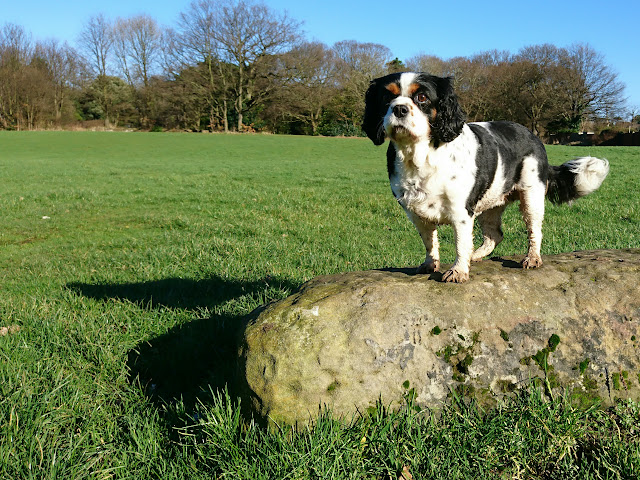 Some of the grave stones that are still visible 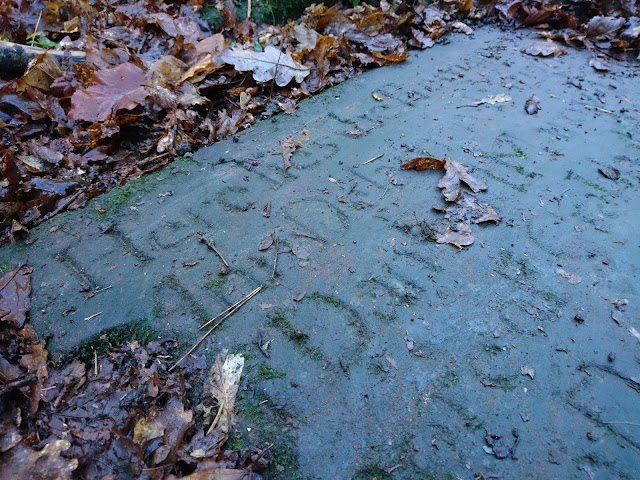 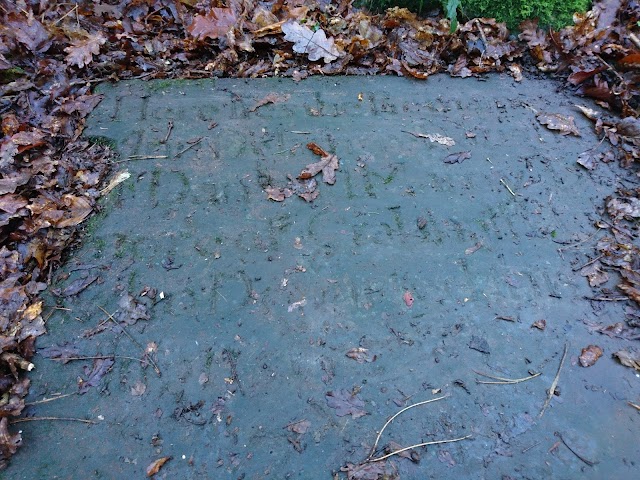 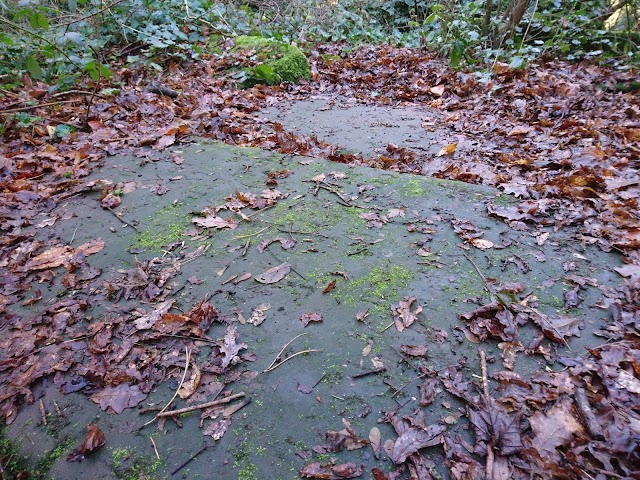 A Sketch of the Norman Church in 1665

The first church in Upton or Overchurch is said to date back to 700 – 900AD making it of Anglo Saxon origin. The church was built opposite where Upton Manor stands now just off Moreton Spur on the Overchurch. Nothing is left of the building and the area is now a small wild wood. Some time after the church was destroyed, another church was built on the same site. We can only speculate on the date but due to artifact finds over the years I believe it to be of Norman origin (1066 – 1216 ad).

The Norman parish church shown above was sited on top of the 1st church opposite Upton Manor, and is described as a church having pointed arches of peculiar elegance, richly decorated with chevrons and Saxon mouldings. Internally it had benches for about one hundred and fifty, a clay floor, an oak pulpit, a stained glass window and a bell. It was served monthly by a clergyman from Wallasey.

The earliest references to the church are in 1347 when it was noted in literature. In 1709 the steeple of the church was damaged and the parishioners were allowed to sell two of the three bells to cover the cost of repairs to the church. It is noted that only fourteen families in the parish were able to give contribute funds for repairs which would not cover the damage. The 2nd church was demolished in 1813 following a major fire which gutted the building. The interest in the church does not stop there as the old church was surrounded by a burial ground, which despite the proximity to the local estates; is in good condition and lays covered by foliage which hides the artifacts. Most people in the area who have lived there for years do not even know it exists. The burial ground is a mass of trees, brambles, root grass and undergrowth. The old tombstones are scattered around the small site amongst the ever increasing wilds. The only stone that is now legible dates back to 1745.
The building of the new and third church was carried out on a new site on Hall Hill, opposite Upton Hall. Due to a lack of funds the new church was to be a temporary church until more funds were raised. Construction began in June 1813 but was not completed until September 1815. The church was made from stones of the previous church which were both Norman and Saxon in detail, however it is possible that these date back to the first church as it would fit the timeline.
The last service was held in this church in April 1868 after which it began its new job. For two decades the church was used as a mortuary for the locals until finally in 1887 they decided to demolish the church which had only been built as a temporary measure anyway.

The piece of sandstone was about 21 inches long by 10 inches high and 9 inches thick.On the upper side was an interlaced ribbon pattern, the runic inscription was carefully cut in two rows, divided by a line, and was clearly incomplete, as the stone was broken off at the right hand side. Judging from the carved pattern, the inscription had lost at least four or five letters.

The stone was the first inscribed with runes to be found in Cheshire and has been attributed by archaeologists to the seventh or eighth centuries. The runic characters have been deciphered to
read:

When translated into modern language this reads:

“THE PEOPLE ERECTED A MEMORIAL … PRAY FOR ÆTHELMUND”

The stone is an ancient “Bidding-stone” asking for a prayer of the passer by for the soul of the Saxon warrior or possibly priest who was buried beneath. There is reason to believe that “Æthelmund” was a Saxon Chieftain who was killed around the 7th century. The stone is now kept at the Grosvenor Museum in Chester. 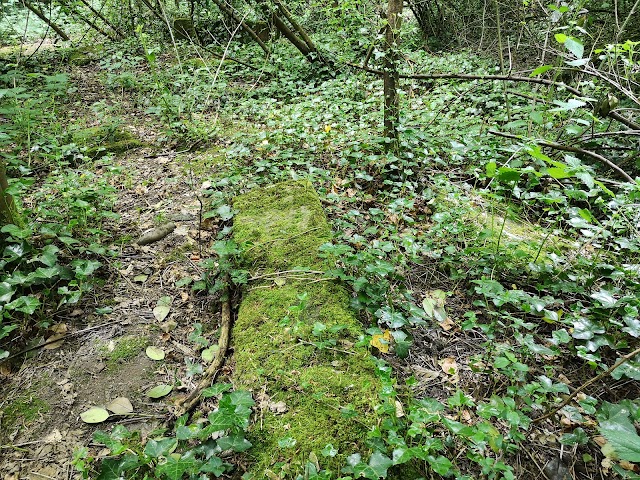 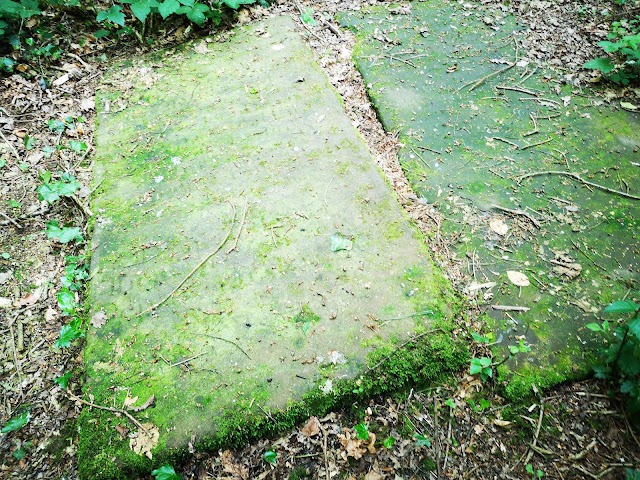 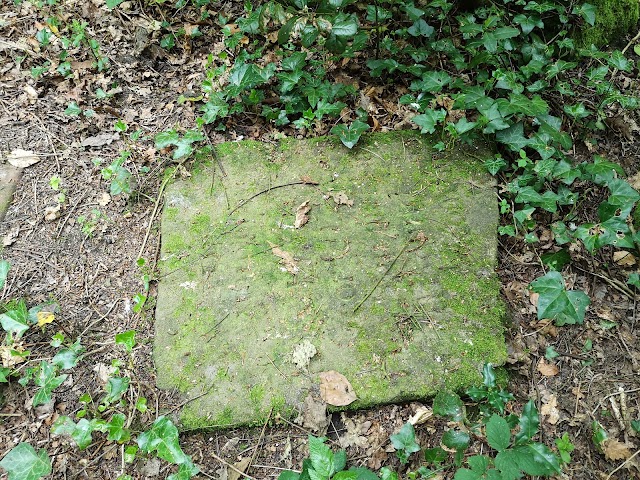 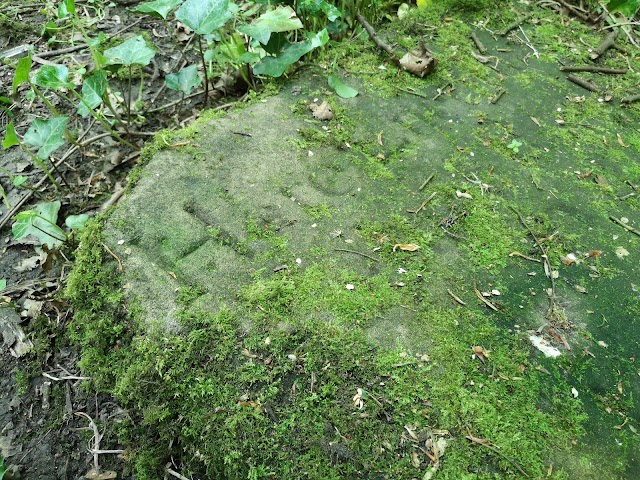 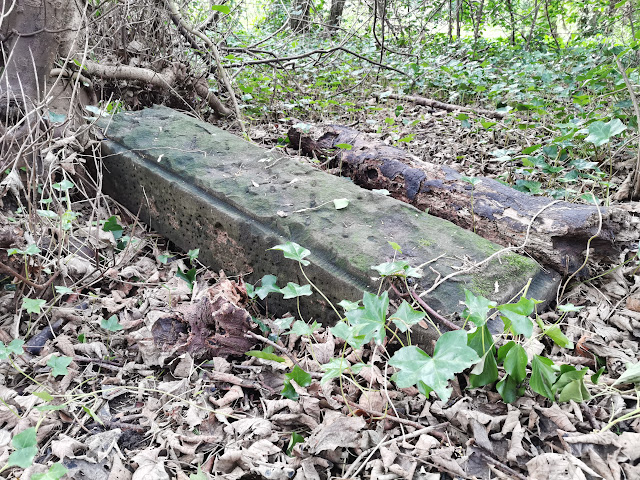 It got me thinking about the old place and it’s history, unfortunately it’s hard to find and lots of it is just speculation, but what I have found does hint at a very big stone circle and ditch possibly pre date’s the churches
I found this 1980s site survey document it’s in PDF form and an interesting read

adjacent to the church site was an old house and gardens which will explain some of the interesting collection of trees, the house was demolished to make way for the bypass but some of our neighbours still remember the house being used as a children’s home till the 1950s

hello and welcome, We live on the Wirral Peninsula, Merseyside, in the United Kingdom, My wife Lynne and I have been together now for over 22 years and we have two Kids Cameron and Heather, I work in the motor trade and worked for the same company Windsors Of Wallasey, since I left school at 16 years old, Early February 2017 I left my current employer and went to as Liverpool Seat, , a big step after 27 years. November 2018 I took a job at Eastham Motors, which is a small family run business I love taking photographs so images will be linked from my Flickr account and Instagram account, Nearly all of the photographs are taken on my mobile phone camera lol its always with me and they are all for sale and are available in a number of different formats, please drop me a message for any more info nirving73@gmail.com I also spend as much time as I can reading and listening to music and enjoy many different genres, other hobbies include wine making, walking, and looking after our chickens, We spent a good part of 2012 with our horse (Kelly) who we rescued in January and we learned so much and very quickly about horses, we had to work so hard with her and as time as went by we made a really great horse out of her, in June 2012 we got are puppy Ruby, April 2013 we sold Kelly on and we bought Jack are 4 year old cob cross in May 2013, in August 2013 we rescued Skye a 6 year old coloured cob who was completely un-handled and has been a pleasure to work with, sadly in March 2015 we had to sell Jack, no matter how hard we tried we could not stop him from kicking and we had all been injured by him and we have to think about the kids
View all posts by neilirving →
This entry was posted in Every Day Stuff and tagged children's home, grave stones, henge, history, monastic site, Norman Church, overchurch, Overchurch Hill, Pagan, rune stone, saxon Church, standing stones, stone circle, upton, wirral. Bookmark the permalink.